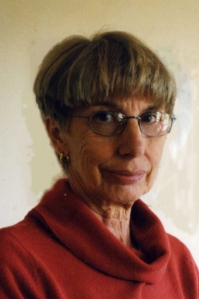 Laura works from her studio in Kareela, Sydney, close to the Royal National Park. She was born in Trieste, Italy, then immigrated to New Zealand and has lived Australia since 1973.

Initially a painter she now works with etching, collagraphs, photopolymer intaglio and mixed media. Her academic qualifications include a Dip FA, a Dip Ed (Canterbury University NZ) and a MFA (COFA, University of NSW).

A well respected art educator she has taught widely in tertiary institutions in New Zealand and Australia.

She is a member of many printmaking associations with which she exhibits regularly, notably the Sydney Printmakers (secretary 2001-3) the Print Circle, (president 1994-95) and Southern Printmakers (president 1985-86). She was also the NSW representative to the Print Council of Australia 1984-85.

Drawing upon personal experience, her work has explored themes of identity, dislocation and journeys. Her physical environment, from the skeletal forms of the New Zealand hills to the rich textural diversity of the Australian bush, continues to be a major inspiration. The latter has been a focus for her latest mixed media works.

Postcard Exchange 2022: ‘Inside Out’ Entries close March 30 2021. If you are an overseas entrant please email us when you have sent your cards- so we can wait for them to arrive!

SPA will be exhibiting at the Milk Factory in Bowral in July 2022.