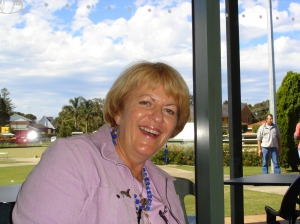 In the late 80’s, Sharon completed a Diploma in Fine Arts at Gymea TAFE which encompassed a variety of mediums, including printmaking, drawing, oils, sculpture and colour & design.

Sharon has been a finalist in the Art on Paper Awards at Hazelhurst and has participated in many of the workshops in the print studio. She has also received a Highly Commended in the Royal Easter Show Arts Section and has shown her works at various other venues.

She lives in the Sutherland Shire in Sydney’s south and is influenced by the ocean and waterways of the area.  Trips to Australia’s red centre and many overseas excursions have also influenced her work.

Sharon has been a volunteer working with the Friends of Hazelhurst Committee assisting with fund raising for the Hazelhurst gallery and is editor of their bi-monthly magazine.